What about Jack Ruby?

Jack Ruby was a loser who wanted to be a hero.

To be sure, he was emotionally upset and devastated by the President's death.

Oswald was scheduled to be transfered from the downtown Dallas police station
around 10AM, on a Sunday morning.

There were a number of delays... 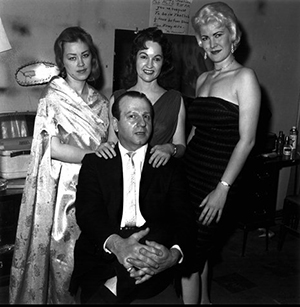 Earlier, Jack Ruby received a telephone call from one of his strippers,
saying that she desperately needed some money.

Ruby agreed to send her some via Western Union.

Ruby drove downtown, with his dog, Sheba.
He arrived at Western Union and completed the transaction.
His receipt was time stamped 11:17.
Ruby decided to go to the Dallas police station, assuming that Oswald was no longer there. 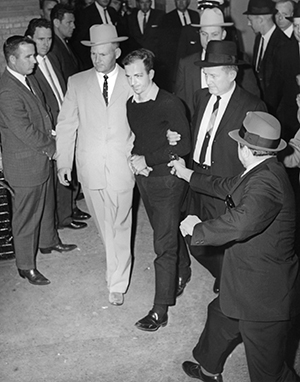 Ruby approaches Oswald with his gun in his hand.

Oswald was shot through the abdomen.

Ruby was tackled by police officers.

Oswald was taken to the same hospital where President Kennedy had been taken. He died shortly after.

Of course, the entire thing smelled of a conspiracy.

But the fact is, it just happened.

Future President Gerald Ford was on the Warren Commission.

Gerald Ford later said that Jack Ruby had left his dog, Sheba, in the parked car.

If he had planned to shoot Oswald,
and knowing that he would at least have been arrested at the police station, if not shot,
he would never, ever had taken the dog with him,
knowing that the dog would be left in the parked car.

What I just wrote is extremely important.
Regardless of various conspiracy rumors, Jack Ruby taking his dog with him that day
is absolute proof that he was acting alone.
He was not part of a plot to silence Oswald.


So, Jack Ruby fouled up everything.
He died of cancer about three years later.

Back to President Kennedy's Assassination

Back to History and Mysteries