Davy Crockett
The battle for the Alamo
His death...

What really happened at the Alamo?

All of these years later, there is still controversy...

In just 90 minutes (or less), the Mexican army, led by General Santa Anna,
had overrun the Alamo and just about all the defenders were dead.

In one of the rooms,
a handful of Alamo defenders prepared to fight to the death.

Was Davy Crockett one of these men? 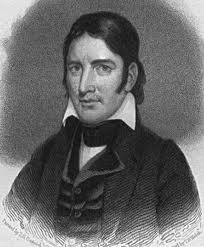 This is a portrait of Davy Crockett.

An unexpected hero rose to the occasion...
Mexican General Castrillon.

Castrillon implored the defenders to surrender.
He said that the fighting was over; it was not necessary to die.

The defenders, five or six, came out of the room and stood there, with guns and bayonets pointed at them.
They were resigned to their destinies.

General Santa Anna arrived on the scene, outraged that his order to take no prisoners was being disobeyed.

Castrillon argued with the Commanding General.

One of the men was much older than the others.
(Crockett was fifty years old. Most of the men defending the Alamo were much younger).

The older man argued for his life and his companions.

Santa Anna became more angry and ordered the execution of the prisoners.
Most of the Mexican officers present, did not want to stoop to a barbaric act of killing helpless prisoners.

However, several of the officers, perhaps wanting to impress General Santa Anna,
fell upon the prisoners with swords and guns.

Mexican Lieutenant De La Pena was there and later wrote about it.
"Though tortured before they were killed, these unfortunates died without complaining
and without humiliating themselves before their torturers".
General Castrillon, angrily stormed off to his tent.

It had always been reported that Crockett was among a handful of Alamo defenders
who had been captured and then executed.
In fact, it was general knowledge up to the 1900's.

However, in the 1950's, Walt Disney showed Crockett going down swinging his rifle, 'Old Betsy'.
(Crockett had been given a rifle that he called 'Pretty Betsy'.
He did not take that rifle to Texas. He took his old rifle, also called 'Betsy'.
It was probably the Walt Disney people who coined it 'Old Betsy'.).

Lt. De La Pena was in a Mexican prison when he rewrote his war time diary.
By that time, the word had reached him that David Crockett, the famous American,
was one of the men that had been captured and executed.
So De La Pena wrote that he recognized the old man as Crockett.

In the 1970's and 80's, there was a lot of controversy over the writings of De La Pena,
as people tried to hold onto a myth that had been created in our century.

In the early 1990's, I had an indepth conversation with the Alamo curator.
I mentioned Crockett surrendering and he interrupted,
"Oh no, no one said anything about him surrendering. He was captured".

But, an interesting thing happened about 25 years ago.
The history channel did a documentary about the Alamo,
and showed Crockett being captured and executed.
It was handled very matter of factly, with no mention of myths and controversies.

But then... something happened!

Historians, for what should have happened many years ago,
delved into various Mexican accounts of the battle.
The De La Pena memoir papers are no longer accepted as fact.
Many people think they were forged.
There were other sources that reported that Crockett was captured;
but they now also have question marks.

The serious possibility exists that everyone was previously wrong in their thinking.

It is now believed by many that Davy Crockett
was not one of the men captured after the battle and executed.

The death of Davy Crockett will be debated... forever.

Here are some facts about the battle for the Alamo...

We have never been sure just how many Alamo defenders were in the battle.
Some say as many as 250, but the more acceptable figure is a little less that 200.

General Santa Anna pulled a fast one on the Alamo defenders.

As incompetent and corrupt as he was, he tricked William Travis and the others.

No one at the Alamo had gotten enough sleep for many days.
The Mexican cannons and howitzers were moved closer and closer to the fortress.
The silence was always broken by the besieging Mexicans.

And then, on March 5, the firing stopped. There was silence.

During the night, the Alamo defenders got their first good sleep in 12 days.

Just before the sun was coming up, and the defenders were rolling over and going back to sleep,
the Mexican army attacked. The alarm came too late.

The commander of the Alamo, William Travis,
was awoken to the news that the Mexicans were attacking.
He ran to the north wall.

I believe he assumed that the Mexicans were still hundreds of feet away.
But when he arrived at the wall and looked down,
he saw that the enemy soldiers were about to reach the Alamo walls.
Travis fired his shotgun into the attackers,
but to do so, he exposed himself and was shot in the head.

He was one of the very first to die at the Alamo.
(Reportedly, there were sentries outside the wall but they never raised the alarm.
Very possibly they were asleep and were killed).

"Great God, Sue, the Mexicans are inside our walls!"
Almeron Dickinson shouted those words to his wife (who survived the battle).

I believe that when men came stumbling out of the long barracks, groggy from being woken from a deep sleep,
and seeing the Mexicans climbing over the north wall and swarming into the compound,
must have been astounded and stunned.

They may or may not have known that Travis was already dead.


The new books about the battle, tell us what researchers have recently found,
upon studying the diaries and battle reports of the Mexican army...
It is now largely accepted by Alamo historians...
that many defenders fled from the battle.

They panicked.
They ran. They left the Alamo compound.
At least sixty men fled the scene.

Santa Anna had crack troops waiting for just such a breakout of the defenders.

At the very least, 25 percent of the defenders made a run for it.

Susanna Dickenson and Travis's slave, Joe, both reported seeing Davy's body
between the chapel and the long barracks.
This was right where his battle station was. He was protecting the south wall.

Susanna remembered seeing 'his peculiar cap lying by his side.'
Crockett may never have actually worn a 'coonskin cap'.
No one knows what his 'peculiar cap' was. 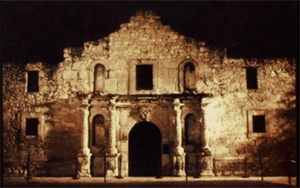 How many Mexican soldiers died in the battle for the Alamo?

Many of the Mexican casualties were from their own soldiers,
stupidly firing their muskets and hitting
their fellow soldiers at the outside walls of the Alamo.

The number of Mexican casualties have always had a serious question mark.
First, forget about the reports that Santa Anna's army suffered more than a thousand casualties.
There is no truth to it.

Here's some background for the false and highly exaggerated casualties.
On April 21, 1836, when the large army that General Santa Anna was leading
was decisively defeated by Sam Houston's army at San Jacinto,
the Mexican prisoners were afraid that they would all be executed.

They had good reason to believe that.
Three weeks after the Alamo battle, on March 27th,
Colonel Fannin and over 400 men (from Goliad) were executed.
It is believed, and probably correctly, that the Mexican soldiers and officers
being held prisoner, in hopes of saving their lives,
tried to show that enough Mexican blood had been shed.

They created the idea that the Alamo victory was instead a major defeat,
resulting in the deaths of many Mexican soldiers.
It may have worked because none of the Mexican prisoners were executed.

It is also a fact that many of the Mexican officers at the Alamo
did not support the idea of a mass attack on the fortress.
They felt that the battle for the Alamo could have been handled in a much better way.
The exaggerated casualty reports were an attempt to discredit General Santa Anna.

We will never know the correct number of casualties, on both sides.

Six weeks after the fall of the Alamo, Sam Houston and his army
destroyed the Mexican army that was led by Santa Anna.
(Many of the Mexican soldiers, under other generals, were elsewhere in Texas).

If Houston's army had known about
General Castrillon trying to save lives at the Alamo,
they would have treated him as a hero.

Instead... Castrillon was shot down.

He was captured, and was a prisoner for months.

He rose to power two more times.
But, forty years after the fall of the Alamo, he died, penniless, in Mexico city.

However, I feel that I have to mention that he had spent some time on
Staten Island, in New York, in the early 1870's.
His secretary, a man named Adams, had noticed that the General was always chewing something.
It was chicle, a natural gum coming from certain trees.

Adams later experimented with adding flavors to the chicle... and chewing gum was invented!

Return to Mysteries of History!